The town of Fountain Hills in Arizona, located to the north east of Scottsdale, is known for its sunny weather, cultural events, and eponymous fountain. As one of the fastest growing towns in the state of Arizona, the area is a rising star for real estate investment, and popular among both buyers and renters. There are numerous opportunities open to investors with the right Fountain Hills property management company. 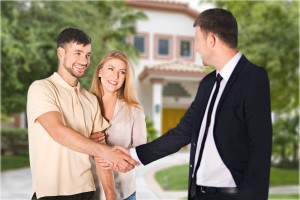 Incorporated in 1989 as a suburb of Phoenix and Scottsdale, Fountain Hills gained its name from the well known fountain in the town center, the fourth tallest in the world (and initially the tallest in the entire world). Every hour it sprays water up to 560 feet in the air, and has become a landmark for the town.

The town is also known for its surrounding mountain landscape, year round sunshine, and mild desert climate. While the population is fairly small at around 23,000 residents at the last census, there are many arts and cultural events throughout the town. Some such events include the arts fair, carnival, local theater, and holiday celebrations.

Fountain Hills has expanded hugely since its formation, and its continuing expansion and accessibility to Phoenix and Scottsdale makes it a prime spot for real estate investment. Thanks to Austin Fleck Property Management; a prime Fountain Hills property management company.

Any investor or landlord, whether a first timer or experienced in the field, needs assistance from a good property management firm. It is a risky and time consuming business but it is highly profitable if done correctly, which is where a property management company comes in.

Austin Fleck Property Management handles all property management needs so that investors can devote their time and energy to tracking down new investment properties, and landlords can focus on taking care of their tenants. We also help individuals with the stress inducing process of selling or buying a home. These are just some of the services we provide

All of this allows you to spend more time on your personal life, or travel time to seek additional properties further away. A good Fountain Hills property management firm can easily pay for itself. Not only by gaining an increased profit from properties, but by freeing up your time from difficult tasks. 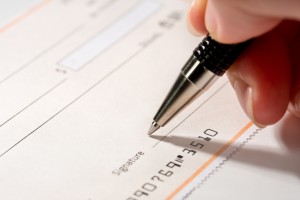 Austin Fleck Property Management has been operating out of Phoenix since 1987 and has gained a strong reputation in that time. Our dedicated team has over 50 years of combined experience in managing property throughout the Greater Phoenix area. The services listed above are just a sample of what we can do for real estate investors, landlords, or private buyers. No matter whether you have only a few properties or several, we focus our energies and strong worth ethic on our clients’ needs. We secure and protect their investments in the long term, even in a difficult financial climate.

In addition, our leasing and management fees cover many unexpected hidden charges, with which other competitors don’t bother with. This means we can cover these charges and any emergency fees without you having to be blindsided or damaged financially by them.

If you would like to learn more about property management in Fountain Hills, or wish to schedule an appointment with a member of our team, contact us today. You may check out our website and blog. We will go over all of your needs and assess your entire situation, so that we can do what is best for you and gain the maximum amount of profit from your properties. Our staff will do whatever they can do to help you. We are here to make real estate investment, renting and/or selling a home as trouble free as possible.